This presentation considers a conceptual merging of interculturalism and cultural intimacy to analyse a history of Malaysian popular music as an expression of everyday-experienced social cohesion amidst the nation-state’s ethnically diverse population. It draws on cases of intercultural intimacy found in the production, performance, and studio recordings of Malaysian artists and groups with attention paid to the Streetlights, Carefree, and the Alleycats.

Streetlights were branded as a ‘Punjabi rock’ group that released hit songs in Malay. Carefree was a multi-ethnic group that specialised in disco and funk popular in Kuala Lumpur’s club scene. The Alleycats are a group of non-Malay musicians that appealed to a wide Malay(sian) audience. The cases presented here uncover how Malaysian popular music, specifically from the stage of maturing nationhood during the 1970s and 1980s, provides an important means of intercultural cohesion among its citizens who intersect across various ethnicities, religions, and social classes.

Dr. Adil Johan is a Research Fellow at the Institute for Ethnic Studies (KITA), The National University Malaysia (UKM). His research analyses aspects of popular music in the mass media that intersect with issues of interculturalism, cosmopolitanism, intimacy, affect, and gender, focussing on the Malay world and Southeast Asia. He has written a book on Independence-era Malay film music (NUS Press, 2018); was an invited Special Section Editor for the Journal of Intercultural Studies (2019), and published a study on Malaysian popular music and social cohesion in Kajian Malaysia (2019). He is also co-editor for the volume, Made in Nusantara: Studies in popular music (Routledge, 2021). He recently collaborated with the Cultural Economy Development Agency (CENDANA) to produce Malaysia’s first Klang Valley Independent Music Ecosystem Map. He performs and records as a saxophonist for Azmyl Yunor Orkes Padu and Nadir.

Daryl Goh is a journalist, deejay and music enthusiast with more than 25 years of experience extensively covering Malaysian music, arts, and culture, notably with The Star newspaper, where he heads the culture desk. He has a keen interest in non-mainstream music archival projects, where he edited the ‘Psyche Oh! A Go Go’ book (2020) surrounding underground music culture in Malaysia and Singapore. He also organises vinyl events and music-listening sessions. 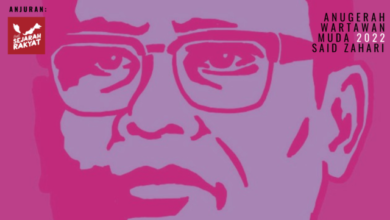 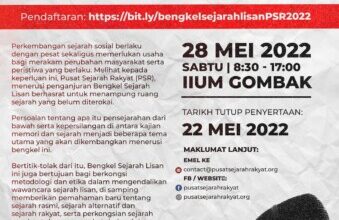 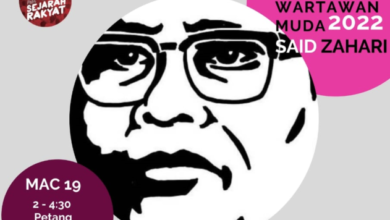