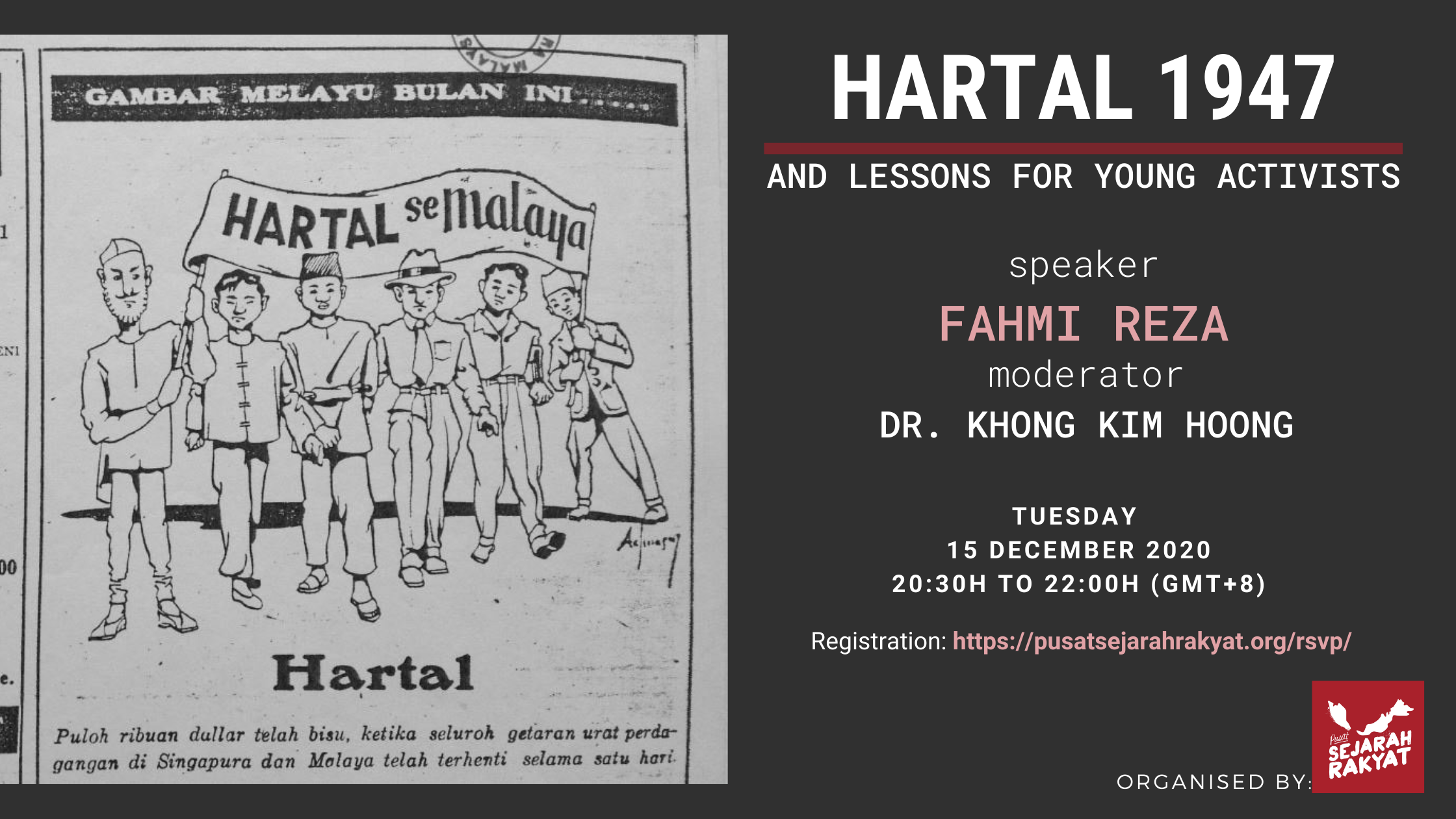 The 1947 hartal played a significant role in Malaya’s anti-colonial struggle. However, its mention in our official history has been seriously undermined, be it by complete omission or by being hardly mentioned in texts on Malaysian history. Eleven years after the film 10 TAHUN SEBELUM MERDEKA first screened, what has changed in the political landscape of Malaysia? What has been the impact of this film to the generations whose memory of hartal was taken away? What lessons have we learned, and perhaps also lessons that we may have missed, from the biggest, nation-wide act of civil disobedience at that time? Join us!

Fahmi Reza is a political activist, arts worker, and researcher based in Kuala Lumpur. For the past 20 years, he has produced hundreds of political graphics on various social and political causes, and also challenged the nation’s official history through his documentary films, theatre performances, and public lectures on forgotten historical struggles. He is especially known for his documentary film 10 TAHUN SEBELUM MERDEKA (2007), a film about the nationwide Hartal day of protest in 1947.

Dr. Khong Kim Hoong was President of the University of Malaya Student Union (UMSU) in the 1960s. He taught at Universiti Malaya from 1975 until 1991 before joining the private education sector. He is now Deputy Vice Chancellor at HELP University. He is the author of “MERDEKA: British Rule and the Struggle for Independence in Malaya 1945-57” (1984) and “Malaysia’s General Elections 1990” (1991). He is also a member of the Board of Directors at Pusat Sejarah Rakyat.